Kurt-Sanderling-Akademie Foundation of the Konzerthausorchester Berlin

Playing music together means learning from one another. This motto is especially true in the Orchesterakademie, where talented young musicians from all over the world come together to play music with orchestral musicians in an ensemble. The idea behind the Konzerthaus Berlin Orchesterakademie goes even further. The young musicians receive a scholarship for up to two years. During this time, an orchestral colleague assists the young musician as a mentor, providing lessons and an introduction to the musical tradition of the Konzerthausorchester.

The orchestra academy introduces itself

Academy students are able to implement everthing they learn in their daily orchestral life. They are not only involved in rehearsals and performances, but also participate in concert tours and film shoots, junior and sponsorship projects.

Vacant positions are published as they occur. The Academy is coordinated by the orchestral office and by KHO's violist Felix Korinth, who does his great work on an honorary basis.

With their namesake the academy honors the Konzerthausorchester’s great Chief Conductor from 1960 to 1977: Kurt Sanderling led the orchestra, back then called the Berliner Sinfonie-Orchester, to international prominence and its high reputation. In light of the drastically reduced number of musicians due to the construction of the Berlin Wall, he turned to the four GDR-conservatories to rebuild the orchestra with the help of these young musicians. This recognition of young talent is nowadays mirrored in our academy.

If you are interested in a scholarship to the Academy, you can apply via the muv.ac platform. The vacancies are announced there three months in advance.

To the magazine article

The academists of the 22/23 season 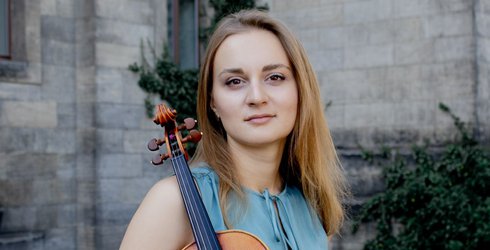 Ukrainian violinist Daria Tarasova was born in Crimea and studied at the Kiev Academy of Music, where she won several awards. She is currently continuing her studies in Dresden with Ivan Ženatý. She has gained orchestral experience at the Dresden State Operetta and the Dresden Philharmonic. 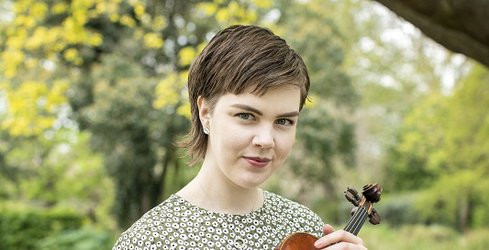 Her training took violinist Phoebe White from her native Dublin to Bloomington, Indiana with Maurizio Fuks and to the UdK with Latica Honda-Rosenberg. A winner of several Irish competitions, she has performed with the RTÉ Concert Orchestra and at the West Cork Chamber Music Festival, among others, and was a participant in the Encuentro Música y Academia de Santander. 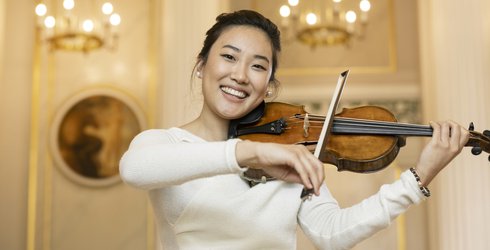 The Berlin violinist Miha Zhu studied in her hometown with Latica Honda-Rosenberg and Eva-Christina Schönweiß, among others. The international competition prize winner was, for example, a participant in the Encuentro Música y Academia de Santander and a member of the Gustav Mahler Academy of the Davos Festival. 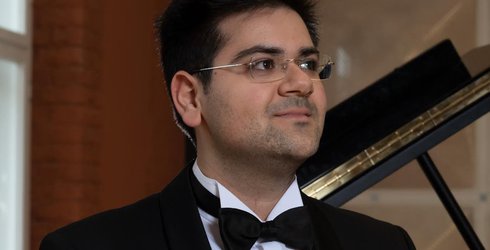 Violinist David Malaev studied in Berlin and Rostock with Ulf Wallin and Eva-Christina Schönweiß, among others. An international competition prize winner, he has performed as a soloist with the New Philharmonic Orchestra of Berlin and was an academician with RSB. He plays on the Giovanni B. Gabrielli violin built in Florence in 1753 by a private patron. 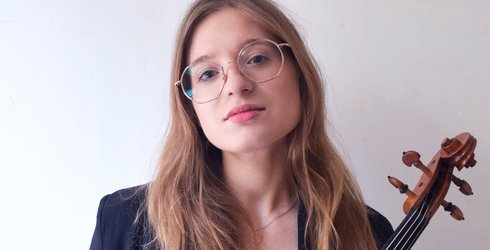 Born in Białystok, Poland, violist Julia Pałęcka first completed her violin studies in Warsaw before beginning viola studies with Hartmut Rohde at the UdK in Berlin. She has participated in numerous international music festivals and master classes, is a DAAD scholarship holder and has been awarded prizes and scholarships in her home country. 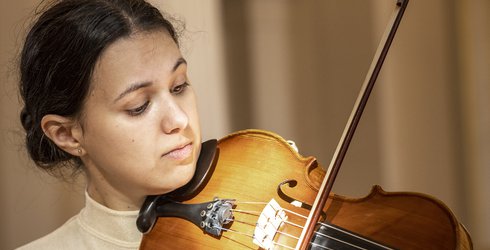 Violist Veronika Kolosovska studied at the music academy in her hometown of Kiev with Sergey Kulakov and attended master classes with Gérard Caussé, for example. She gained orchestral experience in the Gustav Mahler Youth Orchestra and the New Philharmonic Orchestra in Munich, among others, before becoming a member of the viola section of the Ukrainian National Opera in early 2020. 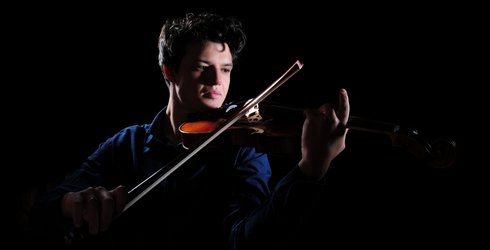 Violist Barok Bostanci, originally from Ankara, studied in his homeland and continues his training with Julia Gartemann and Annemarie Moorcroft at the Hanns Eisler Musikhochschule. Barok has performed with the Parantez Quartet at the Bodrum Music Festival and as a soloist with the Bilkent Symphony Orchestra at the Murten Classics Festival, among others. 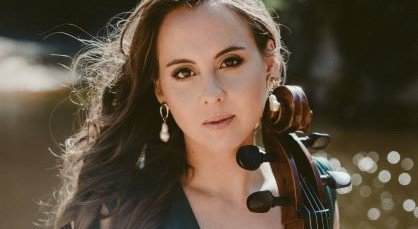 Cellist Susanne Szambelan, who grew up in Poznan, Poland, studied at the HfM Hanns Eisler with Stephan Forck and Claudio Bohorquez. She has been a scholarship holder of the Villa Musica Rheinland-Pfalz since 2021. As an enthusiastic chamber musician, Susanne has already played at festivals in Krzyżowa, Zermatt and Santander, among others. 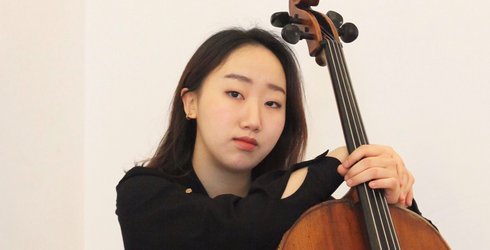 Goeunsol Heo from Seoul began playing the cello at the age of 5 and studies with Stephan Forck and Nicolas Altstaedt at the HfM Hanns Eisler. The winner of various competitions was, for example, a participant in the Zermatt Festival Academy and the Encuentro Música y Academia de Santander. 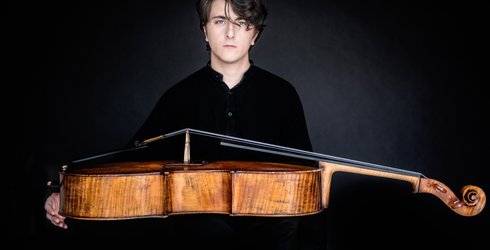 Cellist Umut Sağlam comes from Ankara, studied in his home country as well as at the Barenboim-Said Academy and with Claudio Bohórquez at the Hanns Eisler Academy of Music. The first prize winner of competitions in Turkey, Italy and France is a scholarship holder of the project "Young Musicians on World Stages", which provides him with a French master cello from 1810. 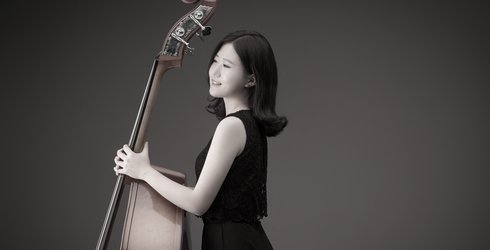 After graduating in her home country of South Korea, contrabassist Soyeon Park is now studying in Stuttgart. She has already gained orchestral experience with the Heidelberg Philharmonic Orchestra and the Stuttgart State Opera. 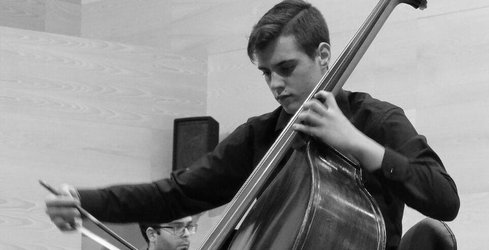 Contrabassist Alberto Javier Habas Sabariego comes from Córdoba, studied in Seville at the Barenboim-Said Academy with Lucian Ciorata and gained his first orchestral experience there. He is currently continuing his studies in Berlin with Gunars Upatnieks. 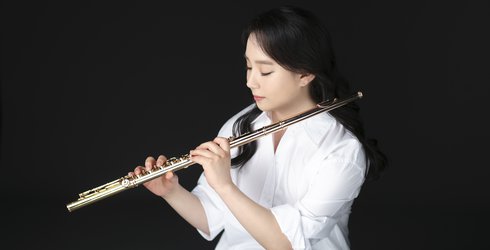 Our academist of the flute group comes from South Korea: Yeseul Bahng studied in Kaywon and continues her education at the Berlin UdK. She gained orchestral experience, for example, in the Junge Deutsche Philharmonie. 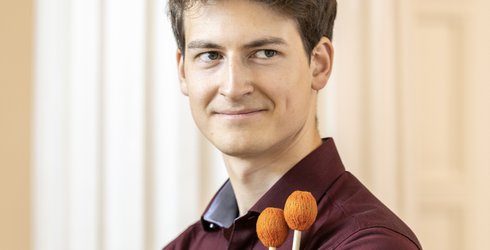 Percussionist Christoph Lindner is from Berlin, was a young student at the HfM Hanns Eisler, studied timpani/percussion in his Bachelor's degree at the UdK and is now studying in his Master's degree at the HMT Rostock with Henrik Schmidt, Thorsten Schönfeld and Jan-Frederick Behrend. Christoph has gained orchestral experience with the MDR, the DSO and Berlin opera houses, among others.

Support the up-and-coming talents of the Kurt Sanderling Academy of the Konzerthaus Orchestra by sponsoring a chair, becoming a member of the Friends’ Association or making a one-time donation to the Orchestra Academy. The Friends’ Association Zukunft Konzerthaus e.V. supports us in all organisational and administrative matters. We would be happy to advise you personally!

Further information and contact details can be found at Zukunft Konzerthaus e.V.