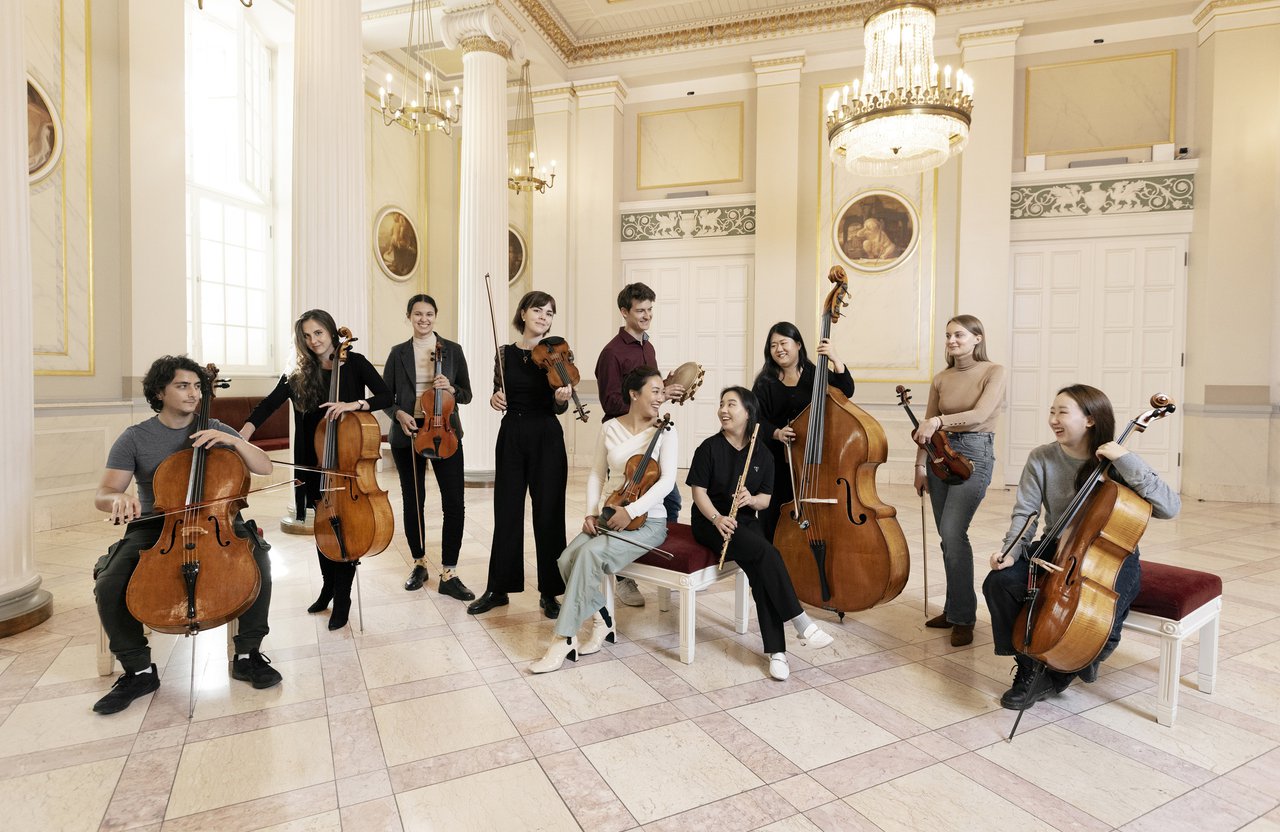 We present the Kurt Sanderling Academy 2022/23 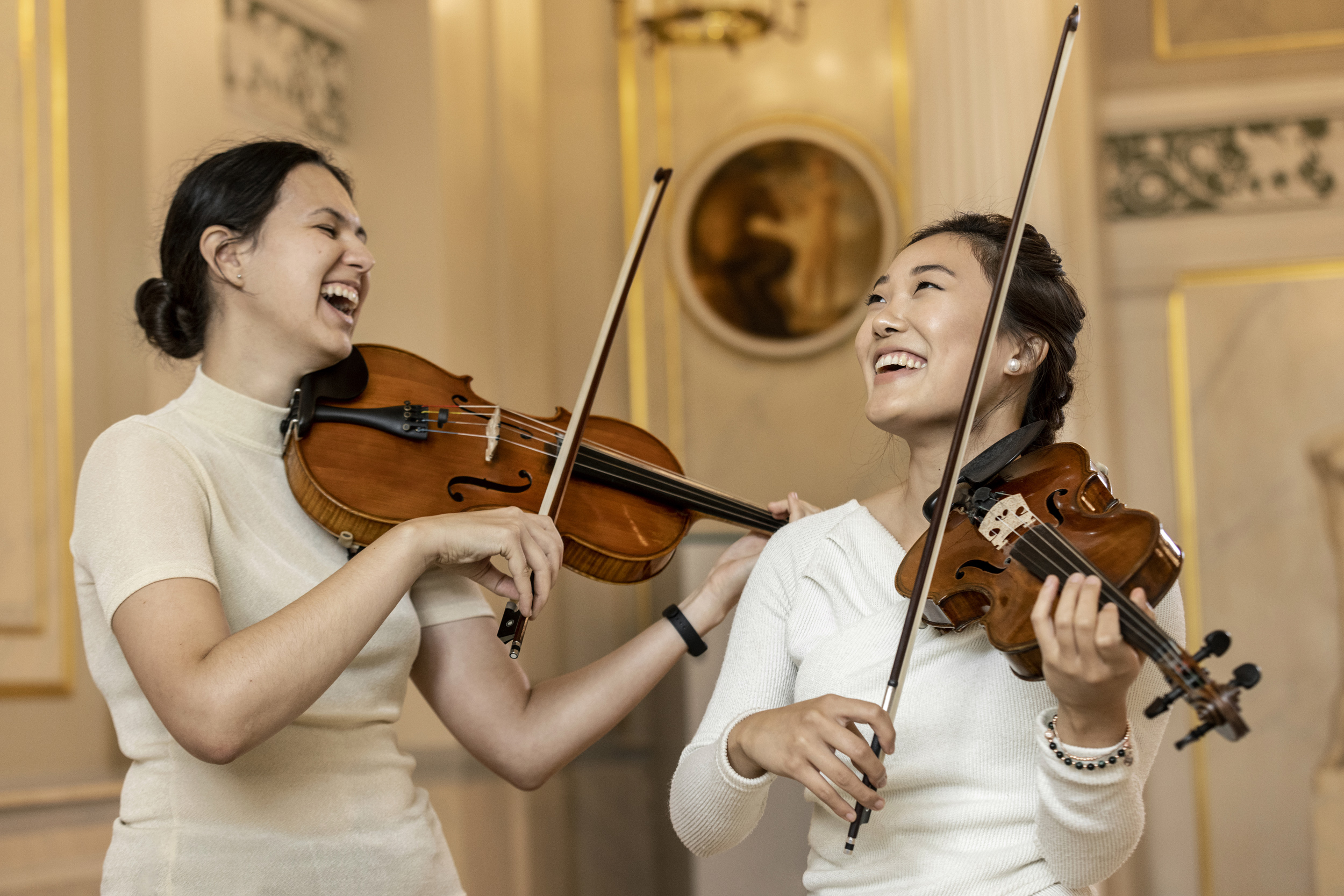 Violist Veronika and violinist Miha at the photoshoot

Many can identify with flutist Yeseul Bahng’s answer when she was asked about her favourite place. Her answer: Home! That’s where she spends her weekends, relaxing away from the hustle and bustle of the city, reading and listening to music. Mercadante’s Flute Concerto in E Minor brought Yeseul to her instrument as a 12-year-old. Currently, her favourite piece of music is Schubert’s only flute composition: Introduction and variations of his lied “Trockne Blumen”. She is also fond of the oboe and its timbre. In an alternative world, the Korean flutist would probably be a music therapist. Here in Berlin, she also prefers food from her homeland.

Viola player Veronika Kolosovska has only recently arrived in Berlin from Kyiv and still needs time to discover her favourite place: “Maybe it will be Museum Island or the lakes around Potsdam and Wannsee. Right now, I’m getting to know new museums in the city and also places to find good food.” She played the violin from a very young age, but then she met her viola professor and became acquainted with “the awesomeness of viola life”.  When it comes to other instruments, she is particularly fond of the cello: “It has such a beautiful tone!” If Veronika were not a musician, eco-activism and sustainable development would be interesting areas for her professionally. Her favourite food is borscht. 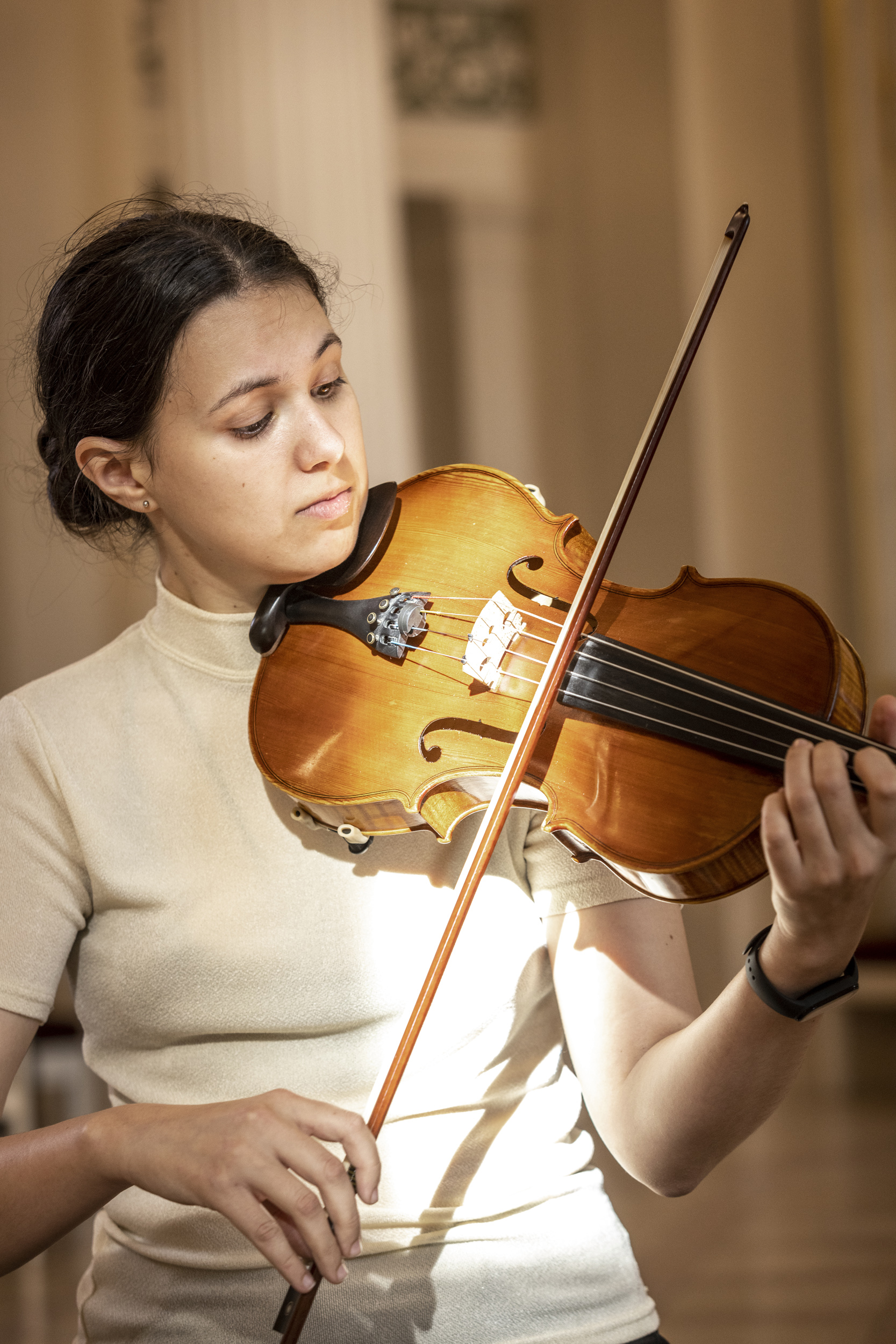 Cellist Susanne Szambelan was born in New York and grew up in Poland. She likes to stroll through Berlin’s flea markets and the gallery district on Auguststraße in Mitte. If she hadn’t become a musician, she could imagine being a professional dancer. Two instruments that could not be more different come to mind as alternatives to the cello: The multi-stringed, delicate-sounding viola da gamba and the trumpet! Susanne’s favourite food is pasta al limone.

Percussionist Christoph Lindner is athletic in his free time. He enjoys beach volleyball, football and jogging. He can do all these activities in his favourite place in the city, Tiergarten Park. Concerning his instrument, he says: “When I was 7, I thought a drum set was utterly cool and wanted to learn how to play. Later, I saw someone playing the marimba and was so fascinated by the sound that I wanted to master it. Bit by bit, I came to classical orchestral percussion.” In the works of Christoph’s favourite composer, Dimitri Shostakovich, percussionists often have a lot to do. By the way, he could also imagine playing the trombone. If the Berlin native were not a musician, he would be a maths and sports teacher in front of a class or on the sports field. While collecting is a hobby for many, percussionists are obliged to do it: Christoph has a wide range of mallets. Oh, and his favourite food is spinach lasagne! 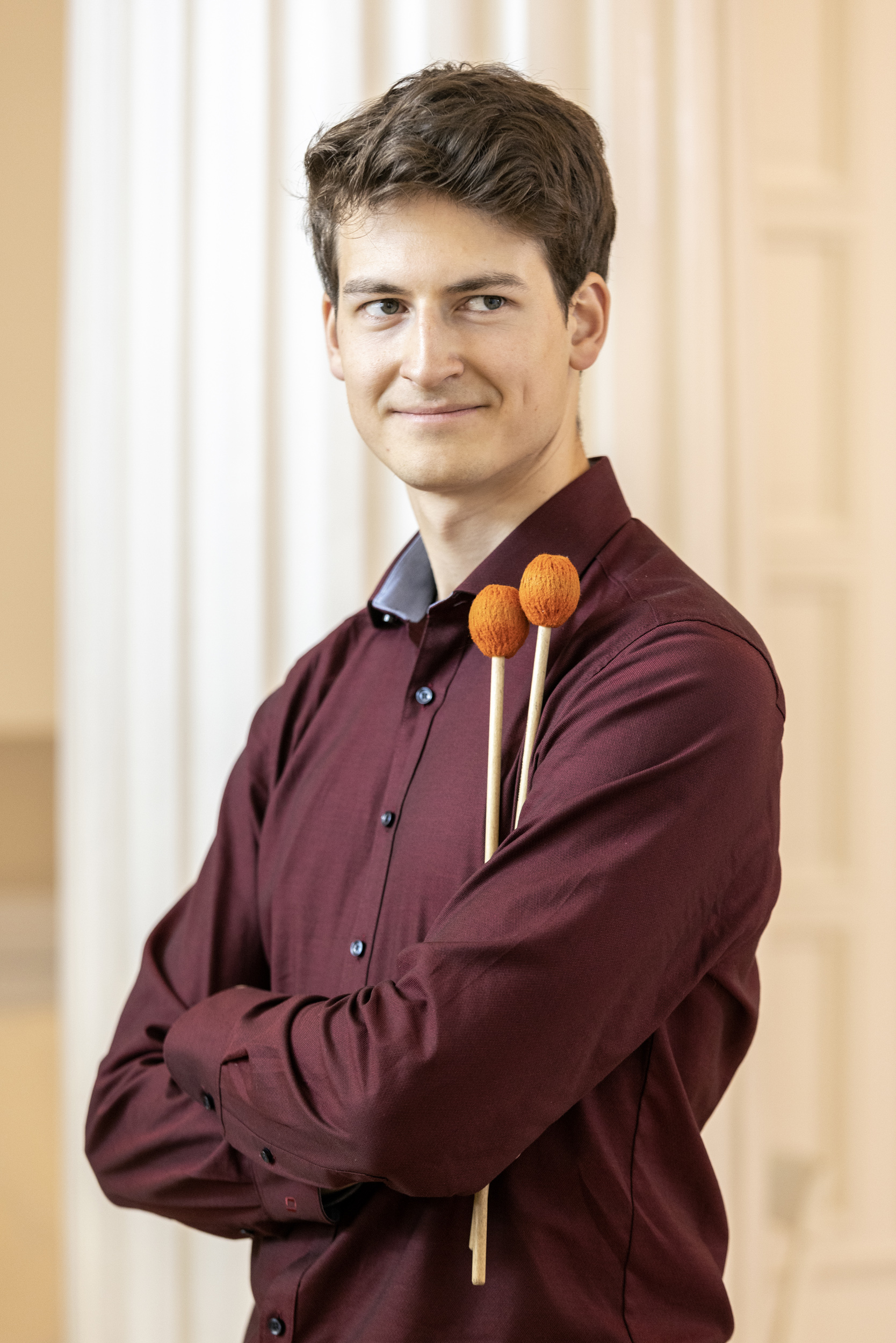 Violinist Daria Tarasova was born in Crimea and studied in Kyiv. On weekends, she likes to go out on foot and explore Berlin, which is new to her: “I see my country’s flag flying everywhere. In these uneasy times, we feel the wonderful support of the German capital more than ever.” One of her favourite places is the Berlin Cathedral: “The first time I saw it, I was fascinated by its architecture.” In her childhood, after a piano teacher scared her off by how loud she was playing, she decided to learn the violin. “But in time I realised how beautiful the piano really is and would love to be able to play it.” Daria is particularly fond of music by the Impressionists – Ravel, Debussy and Saint-Saëns are among her favourite composers.

... and our eight academicians who have been with us since last season

Double bass player Alberto Javier Habas Sabariego divides his weekends between practising (naturally) and meeting friends in places like Mauerpark. He started playing the double bass when he was eight, and he particularly enjoys Beethoven and Wagner. And what would Alberto be if not a musician? “A footballer, if I could!” His favourite food is very Spanish: potato tortilla with salmorejo – a speciality soup from his hometown of Cordoba – and Serrano ham.

Cellist Goeunsol Heo explores Berlin’s beautiful parks in her free time. Museum Island is a source of strength – and her ticket collection reminds her of the exhibitions she has visited. The warmth of the cello’s tone has fascinated her since she was a child – “When I heard the violin back then, I turned off the radio!” She appreciates Ravel and could happily play jazz piano. If she weren’t a musician, she might work in publishing and edit books. Goeunsol likes to bake and loves Korean food.

A relaxed weekend always begins for double bass player Soyeon Park after a jog in Tiergarten. A long break in the café there is also a must. As a child, the South Korean wanted to play the trombone. In primary school, she saw a double bass for the first time and fell in love with its sound. Her favourite composer is Beethoven – perhaps also because of the blustery double bass solo in the thunderstorm of the Pastorale Symphony?

Violinist David Malaev often rides his bike to Grunewald and Potsdam on weekends. Besides the violin, he would like to master the saxophone and clarinet. As a boy, David dreamed of having a career as a racecar driver or pilot. But if he hadn’t pursued music, he might have become a carpenter. He particularly appreciates Johann Sebastian Bach. His favourite food besides his mother’s “vibrant Russian” cuisine – sushi!

Violist Julia Pałęcka likes to go to the Dosha tea house to meet friends. In her school orchestra, the violinist became a part-time viola player, and after five years she switched completely to the viola. She especially enjoys listening to Prokofiev and Enescu. Clarinet and trombone would be her alternative choices – but the theatre-loving Pole would also like to become a stage director. She collects photos and is a foodie who has many favourite dishes: “Mapo tofu, spaghetti ice cream, bun bo nam bo and anything with beets!”

A patch of green, coffee, a book – and cellist Umut Sağlam is happy. A summer sunset over Admiral’s Bridge or in Gleisdreieck Park is the perfect Berlin moment for him. He especially appreciates Bach, Beethoven and Shostakovich, and is also interested in Turkish and Scandinavian folk music. He is very fond of the sound of the Armenian wind instrument duduk and the Nordic talharpa. As a child, Umut wanted to become a chef – “Sometimes I still dream of a little café where I serve good food.” The musician from Ankara collects beer coasters, loves all kinds of kebabs, olive oil-based dishes and especially smash cheeseburgers.

Umut in a concert with Principal Conductor Eschenbach in November 2021

When violinist Phoebe White has a weekend off, she likes to dance in Berlin clubs. Her older sister introduced her to her instrument. She was already playing the violin when Phoebe was born. “I was completely fascinated when she practised, and at some point, I started to imitate her.” The Irishwoman from Dublin would have found attractive career alternatives in other forms of art – as a painter or filmmaker.

Whether she’s trying new street food in Wilmersdorf’s Thai Park or gathering inspiration on Museum Island – violinist Miha Zhu knows all the beautiful spots in her home city of Berlin. For her, this also includes its rivers and lakes, where she enjoys exploring, swimming and boating with friends. She has loved Bach ever since she “joyfully and excitedly” began playing his masterful sonatas and partitas at a very young age. 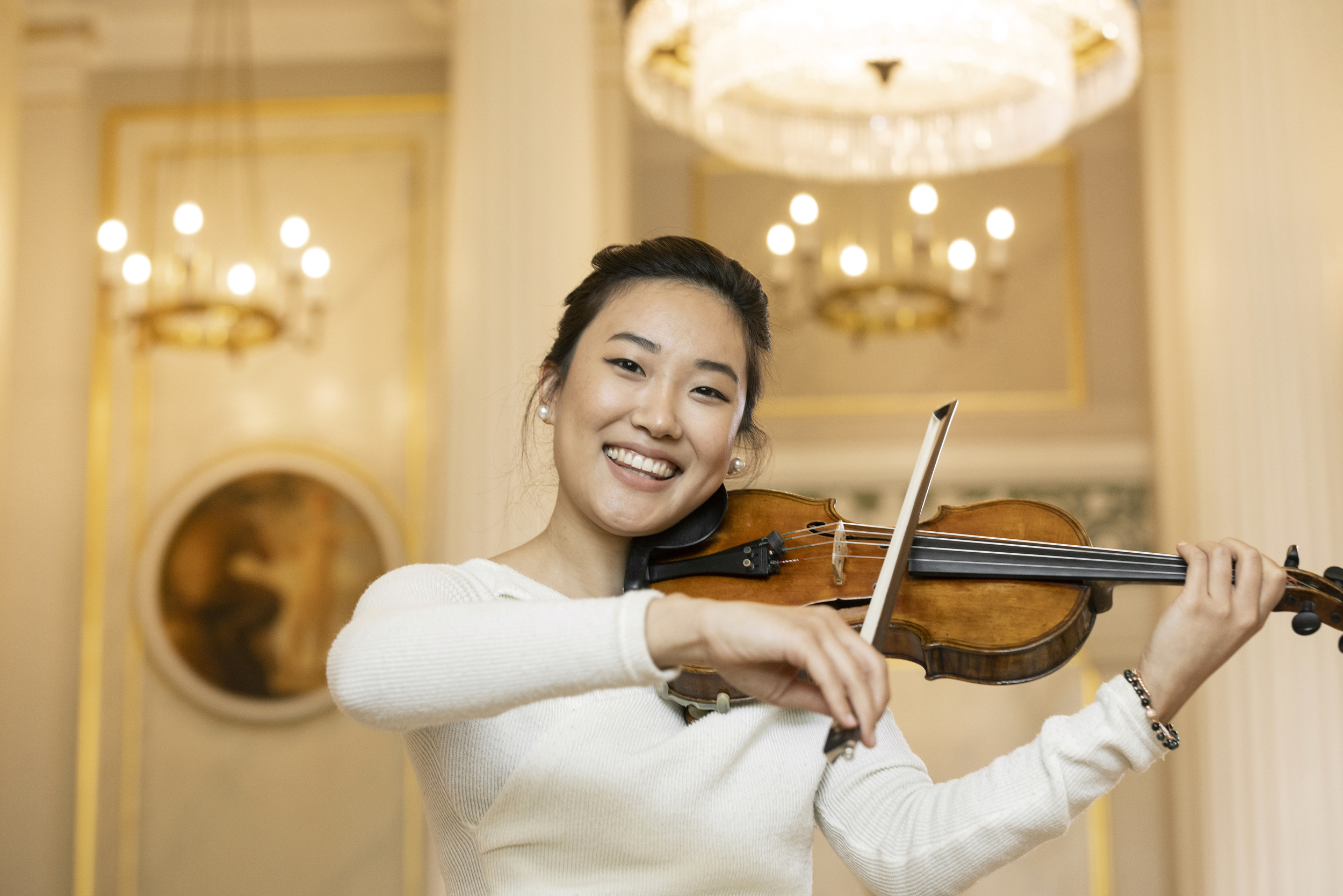 Listen to our academicians live:

02.12.22: Live stream concert and recording,
4 pm from the BAYER Auditorium 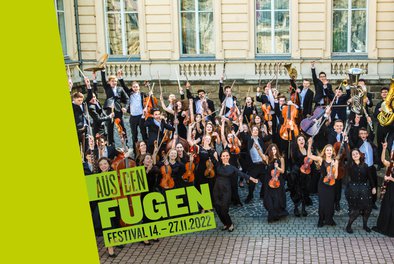 A Night for Ukraine

The Youth Symphony Orchestra of Ukraine sets an example for the freedom of cultural identity. Listen to our audio concert introduction here. 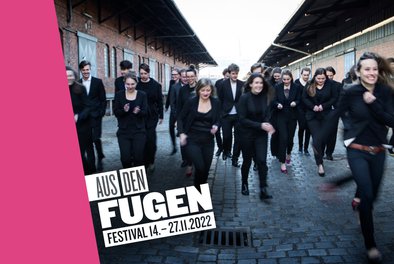 Our audio concert introduction to the spatial sound concert of ensemble reflektor. On the program: unknown, surprising works written by women. 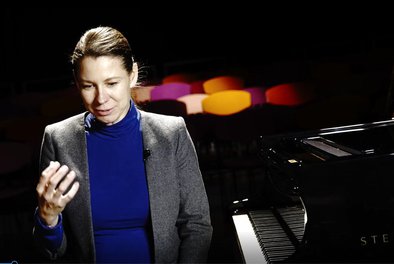 What you can expect at our festival "Aus den Fugen", you can see in our clips.