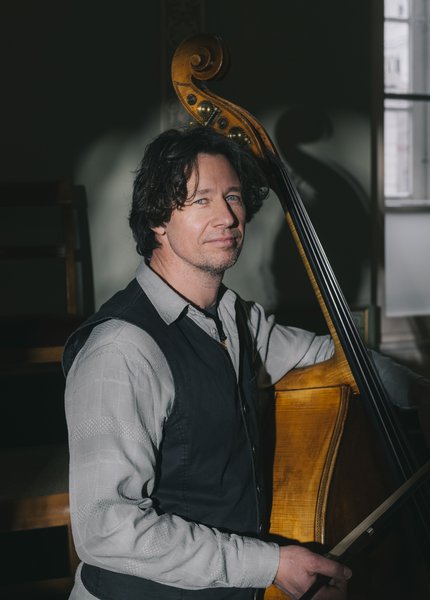 Stefan Mathes studied at the Hanns Eisler Academy of Music in Berlin. Before joining the Konzerthausorchester, he played in the State Orchestra Frankfurt (Oder) and was associate principal double bass of the Robert Schumann Philharmonic Chemnitz.

Like many boys, I wanted to become a professional footballer. I probably wouldn’t have been good enough for that, so I would have taken up a medical profession.

Oh yes, I would like to be able to play the guitar so that I could perform jazz, rock or blues with a melodic instrument.

In the classical field, I’m a big fan of Baroque music, but also Romantic music. I love Johann Sebastian Bach and the works of Richard Wagner. Both wrote incredible music in their time.

As a humanist, I particularly admire Nelson Mandela, and among modern musicians, Sting is one of the greats for me, along with many others!