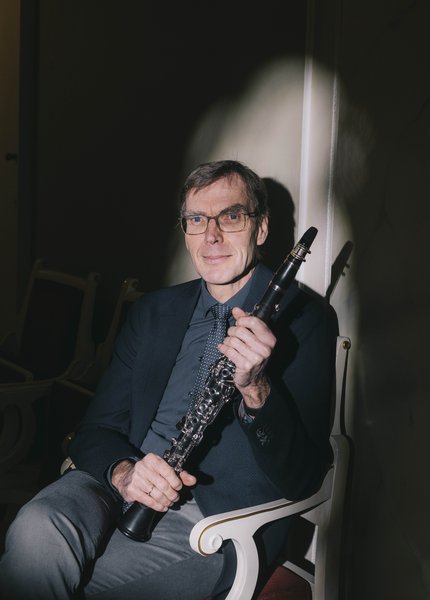 Norbert Möller studied in Berlin at the Hanns Eisler Academy of Music and was a member of the Berlin Wind Quintet for 20 years, winning second prize at the ARD Competition in 1985. In the orchestra he switched from the second clarinet to the principal bass clarinet in 2000. He holds several teaching posts for clarinet, bass clarinet and chamber music at the Hanns Eisler Academy of Music and at the Bach Gymnasium. Norbert Möller is a member of the current media advisory board of the Konzerthausorchester.

What do you enjoy most about being an orchestral musician?

Even after 40 years in the orchestra, I still enjoy coming to work every day. On the one hand, our profession is very conservative, because we could repeat a concert, for example from 1982, precisely – the same programme, identical notes, the same instrument, even the tailcoat from back then (if it still fits). On the other hand, being a musician is so exciting because even after 38 years, new things always come along – pieces that have not been played before, new interpretations, new people around me and new discoveries, even in a symphony that has been played umpteen times.

In the 1990s, I was pretty much the only person who came to the Konzerthaus by bike. Since then, the bicycle has been my best and most eventful means of transport in Berlin. It is faster (and more reliable) than public transport and much cheaper and healthier than a car. My path to the concert hall is a bike route with a 5-star certificate, so to speak, which shows Berlin in all its diversity. I start in Mitte at the historic Zionskirche, cross lively, busy Rosenthaler Platz, then ride along the first bike street – Linienstraße. On the left, I take in the shiny gold synagogue, then cross the Spree with a view of the Bode Museum, and cycle on to Unter den Linden, with its crush of tourists. Then I slowly begin to see the Pegasus on top of the Konzerthaus from the distance.

Ist there another instrument besides your own that would you like to master?

No. I came to the clarinet by chance. After the recorder, which was almost obligatory, my uncle, who played the clarinet, gave me an old (horrible!) instrument as a present. Things went quite well, and I proceeded straight into the Berliner Sinfonie-Orchester. The sonorous tones of the bass clarinet are my soundscape. However, if a fairy godmother ever were to drop by, I would wish for the ability to play just about anything on the piano without notes.