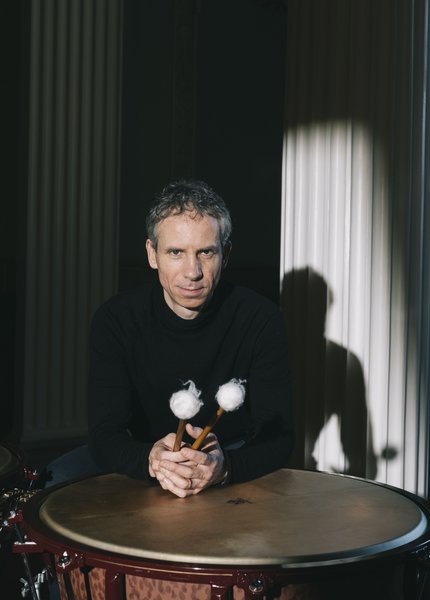 Mark Voermans studied classical percussion in Maastricht with Werner Otten and Pieter Jansen. He was a scholarship holder at the Orchestra Academy of the Staatskapelle Berlin. Before joining the Konzerthausorchester, he was principal timpanist with the Noord Nederlands Orkest in Groningen and the Gelders Orkest in Arnhem. He forms the ensemble Schlagwerk Voermans with his wife, the percussionist Maren Voermans. Mark Voermans is a guest lecturer at the music academies in Arnhem and Zwolle. Mark Voermans is a member of the Konzerthausorchester’s current artistic advisory board.

One of my personal musical highlights was the performance of Beethoven’s 4th and 7th Symphonies with Iván Fischer, then our principal conductor. The concert was the crowning finale of the twelve-hour Beethoven Marathon in 2012.

One of my favourite places in Berlin is Little Venice in Spandau. It’s beautiful there, especially in summer. Although this nature reserve, which is criss-crossed by canals, is only an hour’s cycle ride from Berlin-Mitte, you have the feeling of being in a completely different world.