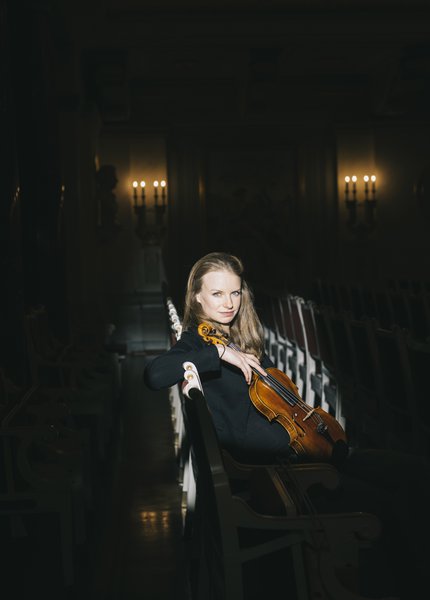 Linda Fichtner studied in Berlin at the Hanns Eisler Academy of Music with Werner Scholz and Michael Erxleben and in Leipzig with Carolin Widmann. She is a prize-winner of the International Queen Sophie Charlotte Competition and joined the Konzerthausorchester Berlin on a temporary contract as early as 2011.

I had a few years of piano lessons at the Bach Gymnasium, but for a long time now I’ve only been plonking away with what’s left in my memory from that time. I should practise the piano again. There are such wonderful pieces that can even be played by amateurs. For a while I thought about learning the viola to be able to play chamber music even more flexibly. Maybe I’ll realise this one day.

Johann Sebastian Bach. Again and again. His work is a cosmos in itself.

When I was about five, I heard Tchaikovsky’s Violin Concerto with Anne-Sophie Mutter. I always waited until the first big orchestral tutti, which was the emotional climax of it all for me. After that it became uninteresting, so I pressed “repeat” and listened to the piece again and again from the beginning. I danced around the living room to it.