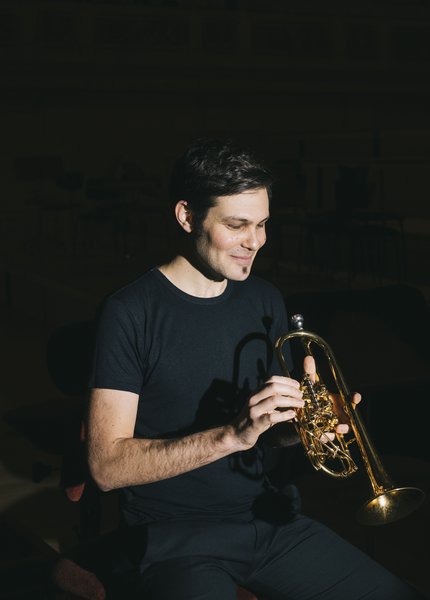 Bernhard Plagg studied at the Vorarlberger Landeskonservatorium, at the Mozarteum Salzburg with Johann Gansch and Andreas Öttl and at the Berlin University of the Arts with Gábor Tarkövi. He was a scholarship holder at the Orchestra Academy of the Bavarian State Opera in Munich and a member of the Gustav Mahler Youth Orchestra. Before joining the Konzerthausorchester, he was alternating trumpet player at the Nuremberg State Philharmonic and principal trumpet player at the Nordwestdeutsche Philharmonie Herford.

It became clear to me very quickly that I wanted to be a musician, and there was no discussion on the matter. However, I was already skiing at the age of three, and today I admire the great ski stars from South Tyrol, such as Dominik Paris – he was in a parallel class at the secondary school in my hometown. When I see skiers racing down the “Streif”, it makes a big impression on me. If music hadn’t grabbed my attention so early, I might be a downhill racer today.

The French horn! There are always beautiful melodies for this instrument. If I could master the French horn, it would be my dream to play one of the great lyrical horn solos in the midst of an orchestra.