Instrument of the Month Violin – Team player and eccentric 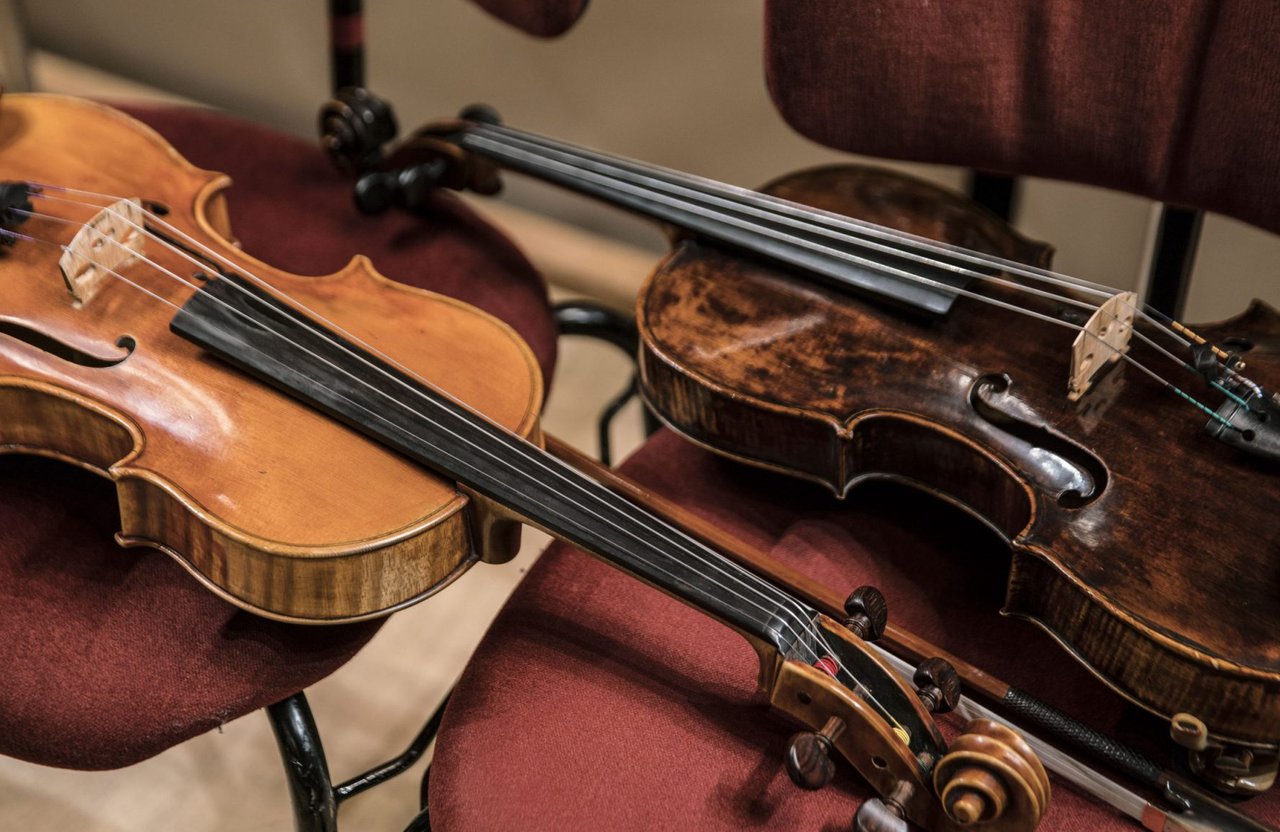 There are a lot of violins in a symphony orchestra: Sometimes, there 16 first and 14 second violins on stage. No other section is that large. Good to know that the violin is a team player; its timbre makes the others instruments shine. In general, it is supportive and only sometimes a little bit capricious to deal with – when the rosin needs to be replenished or the bridge is a little tight. But afterwards, the instrument sings again adorably in tutti with its many sisters. Here are another 11 facts about the violin that you may be hearing for the first time.

Say my name! Violin or fiddle?

Whichever you choose! There is actually no difference, they are simply two names for one and the same instrument. //Violin// sounds a bit more distinguished, if slightly awkward in everyday speech; //fiddle// is what violinists sometimes call their instrument. The fiddle was first mentioned as early as the 12th century, but the term “violin” did not appear until the 16th century. At that time, they were probably still two different instruments with different tunings, number of strings and playing posture. Today they are one and the same.

After fabrication, a violin consists of about seventy parts, if you include all the steps. Every single one of these parts is selected and aligned with great care. After all, in the end, the violin needs to look as if it were carved from one piece of wood. That, at least, is the aspiration of violinmakers. Incidentally, some of the parts have funny names: scroll, bridge, frog, ribs, waist. And: for reasons of sound and correct posture, a violin must never be symmetrical, even if it looks that way at first glance.

11 million dollars. That’s how much an anonymous person paid in 2011 for the “Lady Blunt” – a violin made by Antonio Stradivari. It is said to be the best-preserved violin from the Cremonese master luthier’s workshop and was named after its owner: Lady Anne Blunt, daughter of Ada Lovelace and granddaughter of Lord Byron. And unfortunately, no one plays it, at least publicly; the owner apparently wants it all to himself. However, this does not make the “Lady Blunt” the most expensive violin. In 2012, the “Vieuxtemps”, made by Bartolomeo Giuseppe Guarneri and named after a Belgian violinist, is said to have been auctioned for 16 million dollars. Has an even higher price been paid for a violin since then? Impossible to say. In this price range, people tend to be very secretive.

Poets of the early Baroque period first hung the sky full of violins, presumably inspired by the painters of the early Renaissance who depicted the heavens enlivened with angels playing music. Martin Luther also drew on this image in his writings and Goethe’s mother wrote to her son: “P.S.: Now the sky hangs full of violins – every day there is dancing!” Franz Lehár had the saying whispered as a vow of love in his operettas, the Puhdys also made a song based on it, and let’s not even get started on Matthias Reim... But it’s a beautiful thought, isn’t it? 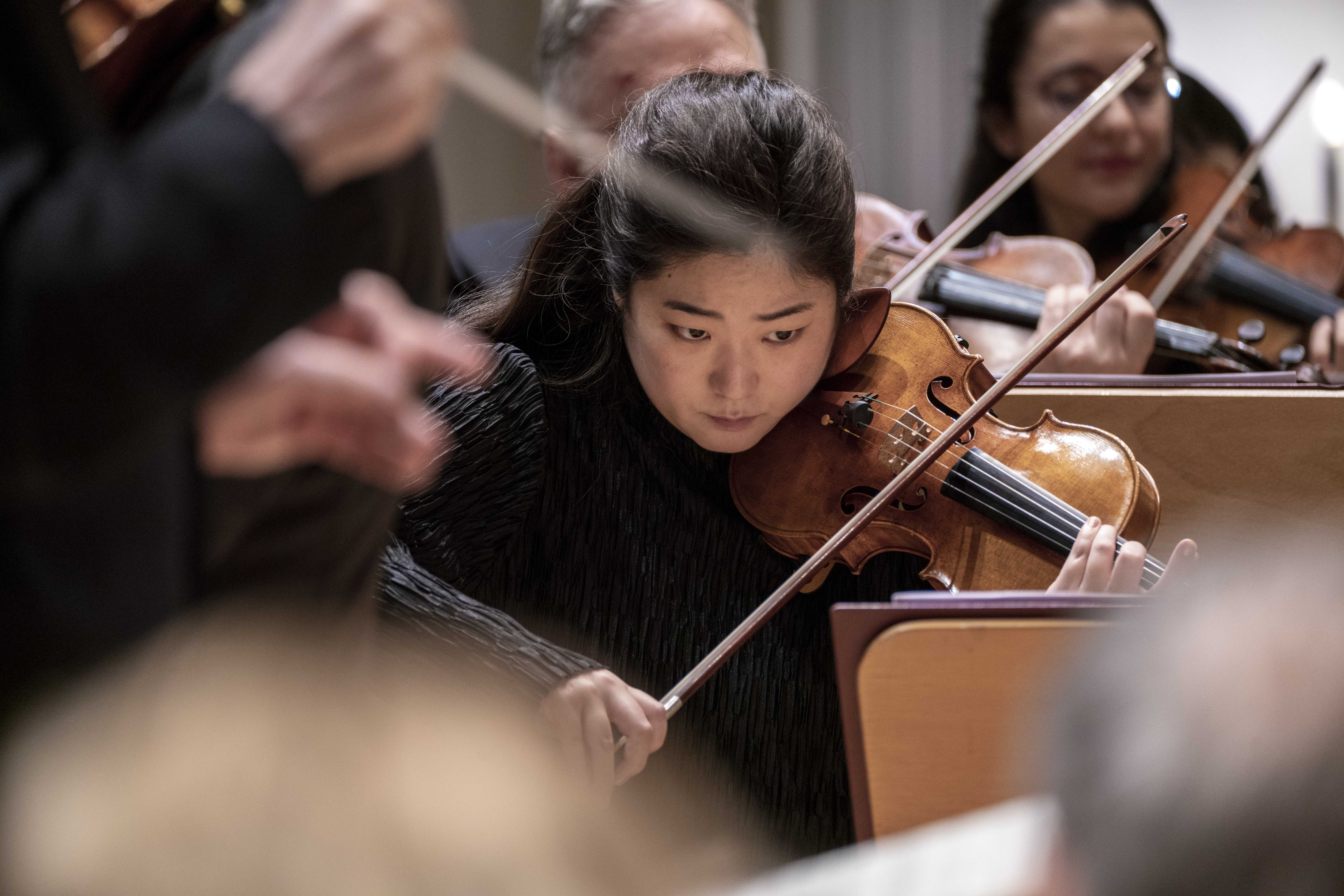 Most violins are still made of wood. But as technology advances, violinmakers and scientists are becoming more experimental. There are violins made of carbon, of cardboard, and in 2015 a French scientist printed an instrument directly with a 3D printer for the first time. Whether they really hold up to the sound of wooden violins is something everyone must decide for themselves. Incidentally, for some years now, there have also been completely vegan violins. Because in addition to horn, ivory, gut, mother-of-pearl and horsehair, the glue is a real drawback. Master violinmaker Jacob Thierfelder is currently experimenting with vegan alternatives – but long-term practical tests are still pending.

It’s hard to imagine, but many violins have been forgotten on trains, planes and in taxis. Most of the time, shocked musicians get their instruments back quickly; there are honest people out there, after all. Sometimes, however, things get criminal. In the last major international case in November 2019, violinist Stephen Morris had to fork over 250,000 pounds to a man who had previously messaged him directly on Twitter for the return of his instrument, which he had left on a train. And in July 2021, a violinist was able to retrieve his instrument, worth 100,000 euros, on the railway siding at Karlsruhe station – fortunately, the train’s final stop. 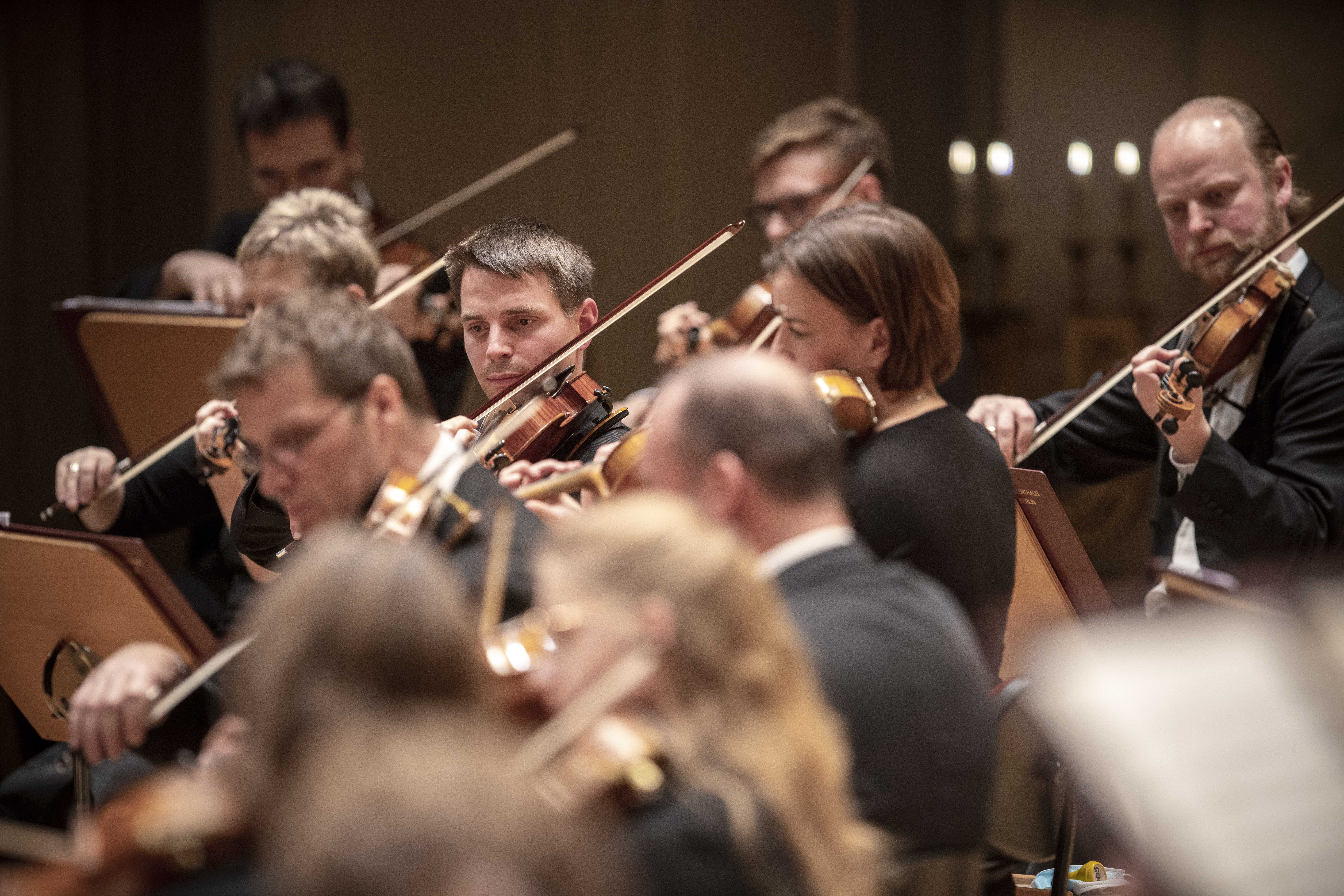 Perhaps the biggest legend when it comes to violins. The instruments from the workshop of the Italian luthier Antonio Stradivari, who was born in 1648 and died in 1737, are among the most valuable in the world. Not much is known about him and his life, but his violins are said to be the best. Is it the wood he used or its long storage time before he used it? Is it the varnish, which was typically deep red and very thinly applied? Or is it the special position of the sound post inside? So far, no one has really been able to figure out Stradivari. Good for speculators! In the meantime, some instruments are fetching sums that seem to go beyond the realms of possibility. There are about 620 Stradivari instruments that can still be played.

No, not the motorcycles, but Shinichi Suzuki. The Japanese violin teacher, who was born in Nagoya in 1898 and died there in 1998, revolutionised violin teaching with the Suzuki method, which was named after him. He based his method on the principles of listening, observing and imitating, dispensing with theory and reading music to start with. Typical of the Suzuki method are the huge orchestras in which children from 3 to 18 years of age play the violin together without notes.

This article shouldn’t end without mentioning the bow. No, it’s not just a stick with a bit of horsehair, but a highly complex tool with the correct centre of gravity, weight and lubrication from rosin. Bow makers specialise in building bows exclusively and repeatedly restringing them – because the hairs wear away over time and need to be replenished. And bows can be expensive, sometimes as expensive as the violin itself. So a violin without a bow? No way!

Fake it till you make it?

Pretending to play the violin? This is something that is very difficult and unfortunately always looks fake – actors can tell you a thing or two about this problem. The violin posture is so special and actually so unnatural that you can only do it credibly if you have learned it at a relatively young age. 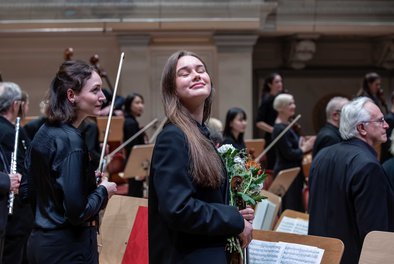 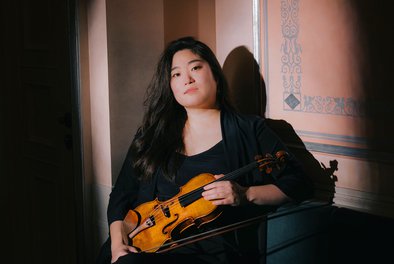 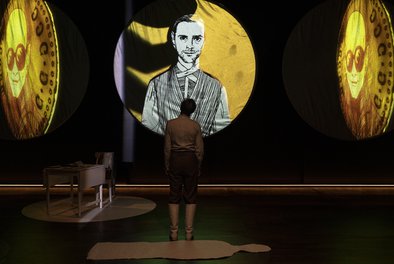