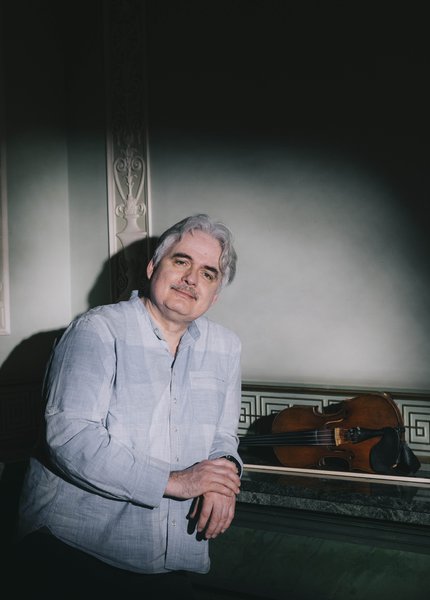 Thomas Böttcher studied at the Hanns Eisler Academy of Music in Berlin with Werner Scholz. He has won prizes at international competitions, including the Paganini Competition, Prague Spring and Tchaikovsky Competition.

If I weren’t a musician, I would probably be a craftsman or an electronics technician.

Because of their fates, several – number one is probably William Walton.

Beethoven’s 9th Symphony. It was included in a children’s book. I think it was “Musikpeters Abenteuer”.

Kurt Sanderling’s farewell concert was particularly emotional for me (and still is).