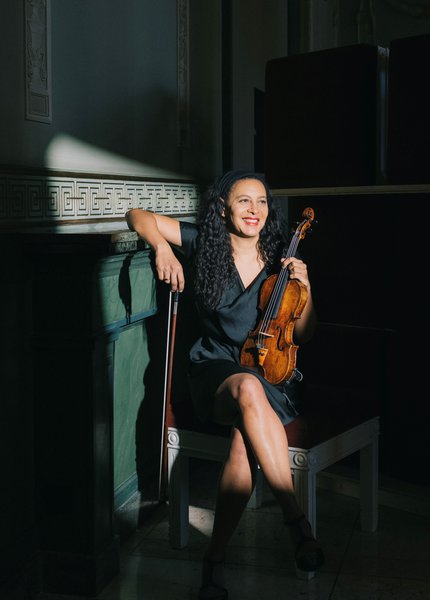 Jana Krämer-Forster studied in Berlin at the Hanns Eisler Academy of Music with Lothar Friedrich and at the Berlin University of the Arts with Mi Kyung Lee. She was a scholarship holder at the Orchestra Academy of the Staatskapelle Berlin. She has played in the Chamber Philharmonic of the Schleswig-Holstein Music Festival and various Berlin chamber orchestras, including the Neues Berliner Kammerorchester and the Kammerorchester Carl Phillip Emanuel Bach.

Is there anything you would like to tell us about the individual instrument you play?

I play an old Italian violin that had been lying around forgotten in a West German monastery for a long time. A former East Berlin violinist who had fled from the GDR discovered it there. When he returned to his old home in retirement, I was able to purchase it from him.

Which composer particularly inspires you?

I love the music of Johann Sebastian Bach. It enables us as violinists to play polyphonically on our own.

Which CD would you take to a desert island?

I would definitely take Johann Sebastian Bach’s “Goldberg Variations” and the “St. Matthew Passion” with me to a desert island.

I would like to master my voice so that I could sing opera performances all over the world.