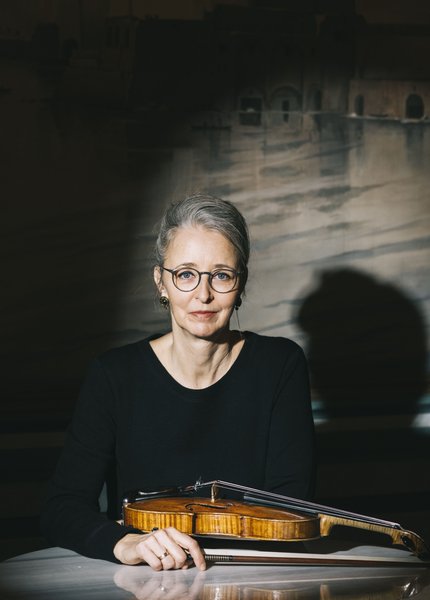 Gerdur Gunnarsdóttir studied in Reykjavík, in Cologne with Igor Ozim and in Amsterdam with Herman Krebbers. From 1992 to 2008, she was first violinist of the Gürzenich Orchestra Cologne. She was a founding member and concertmaster of the Caput Ensemble in Iceland. She has realised various projects with the Gerdur Gunnarsdóttir String Quartet. Since 1995, she has played with the Swiss clarinettist Claudio Puntin in various formations, including “Essence of North”. Since 2019, she has been a member of the “Yannick Delez String 5tet”. Gerdur Gunnarsdóttir is a member and deputy spokesperson of the current orchestra board.

What do you enjoy most about being an orchestral musician?

I love being a part of this colourful, intense cloud of sound. The sound of a symphony orchestra has fascinated me ever since I was a child. I was lucky enough to be able to take part in orchestra courses at an early age, where I became acquainted with the greatest works of the orchestral repertoire together with my musician friends. This experience has shaped me forever.

What is particularly appealing to you about playing the violin?

I chose the instrument myself and was fascinated by the violin’s voice-like, richly coloured sound. It was very important for me to be able to shape, change and feel the sound myself. Piano would not have been suitable for me – merely pressing the key once and not being able to shape the tone! Which is not entirely true, of course, but... My goal is always to sing on my violin.

Gendarmenmarkt is definitely the most beautiful place in Berlin for me. I am grateful every time I walk across the square and see our beautiful building with the two churches. What a privilege to be able to work here.