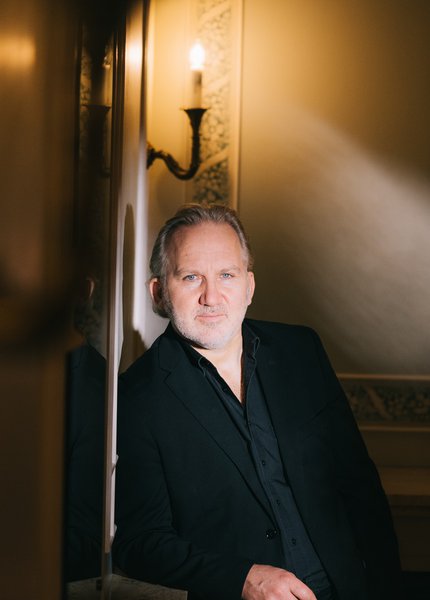 Dirk Wucherpfennig studied percussion and timpani with Joachim Winkler in Hamburg and was a founding member of the Lucerne Festival Orchestra formed by Claudio Abbado. In addition to his work as an orchestral musician, he studied conducting in Weimar and Berlin and completed his Master’s degree in Dresden with Steffen Leißner. He is the founder and director of the chamber orchestra Deutsche Sinfonietta Berlin and initiated the founding of the Konzerthaus Audience Orchestra in 2014, which he has conducted ever since. As a conductor, he also appears with numerous orchestras and festivals in Germany and Asia. He focuses on music of the 20th century and contemporary music.

What do you find most beautiful about being an orchestral musician?

The sound of an orchestra is incomparable. I am always fascinated when so many individuals and personalities on stage merge into one gigantic sound experience.

Dmitri Shostakovich always deeply impressed me, both as a composer and as a human being. Although he had to work under constant fear and oppression for most of his life, he remained courageously and skilfully faithful to his principles and never lost his sense of humour.

I was able to play Shostakovich’s 15th Symphony under the direction of former principal conductor Kurt Sanderling, who knew the composer personally. The interpretation was very touching and unforgettable.

I would like to be able to play all instruments.

The works of Rachmaninoff captivated me very early on, especially the piano concertos, of course.