The Konzerthaus Berlin is giving its audience a special musical cinema evening on 18 June - not only on ARTE concert, but also live on the Gendarmenmarkt!

In 250 circles with two chairs each, up to 500 people can experience the live broadcast of Weber's „Freischütz“ from the Great Hall directly on the Gendarmenmarkt.

One month after the festive inauguration of Schinkel’s Schauspielhaus in the presence of the king and court, a second major cultural event took place on 18 June 1821 at Gendarmenmarkt: the premiere of Carl Maria von Weber’s „Der Freischütz“, which would soon be regarded as the German national opera. The work was also catchy; all of Berlin would soon be singing and whistling memorable tunes like the „Hunter’s Chorus“ or the „Maiden’s Wreath“.

Exactly 200 years later, the Catalan theatre company La Fura dels Baus, celebrated worldwide for its avant-garde opera productions, will venture deep into the German forest in the Great Hall to deliver an exciting new interpretation of the romantic opera.

Principal conductor Christoph Eschenbach: „Der Freischütz“ was the first opera I ever heard when I was just ten years old – in Eutin, Weber’s birthplace in the state of Schleswig-Holstein. It was an open-air performance, totally rained out. Luckily, the orchestra was sitting under a roof, but the stage was open-air. In the Wolf’s Glen scene, the fuses simply couldn’t be ignited. I was most impressed by the hermit who turns everything around for the better at the end. Exactly 200 years later, I am overjoyed to be conducting this opera with the Konzerthausorchester Berlin at the place of its premiere in a production by La Fura dels Baus.

During the coronavirus pandemic, an early decision to turn the long-planned live event in front of an audience into a cinematic experience ultimately saved the „Freischütz“ anniversary production by the Catalan theatre company La Fura dels Baus at the Konzerthaus Berlin.

konzerthaus.de and livestream to the Gendarmenmarkt.

An Opera Production by Konzerthaus Berlin. Video Recording produced by ACCENTUS Music in co-production with RBB and NHK in cooperation with Arte.
Facebook Twitter E-Mail

Liked what you've just read about this concert? Would you like to listen into what it actually sounds like? In collaboration with our partner idagio we offer you audio samples. You can als browse, listen and discover more than 2 million tracks at no cost with IDAGIO Free. 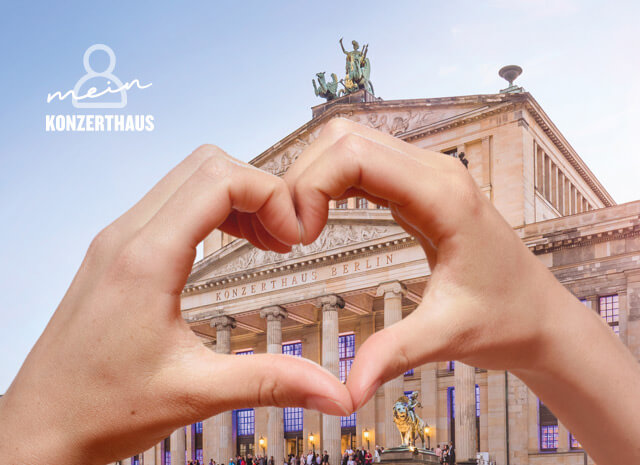 My Konzerthaus simply offers you more! Become a member for free and you can save or share your personal watch list, for example.