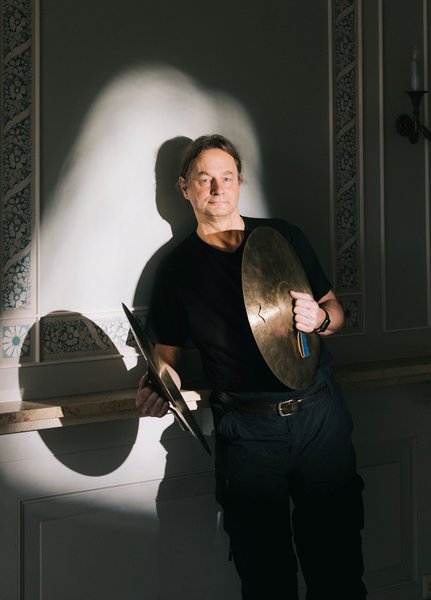 Edwin Kaliga studied in Berlin at the Hanns Eisler Academy of Music. He played for several years in various ensembles (including UnitedBerlin, the Chamber Symphony Berlin, the Chamber Ensemble for New Music Berlin and the Super Nova Percussion Ensemble) as well as with the singer-songwriter Angelika Neutschel and her band. He is a founding member and drummer in the Berlin hard rock band Kolophon.

What is particularly appealing to you about being a percussionist?

The enormous versatility of percussion instruments. During my student days, I was also in a band. The night after my evaluation, I played “Swan Lake” as a substitute at the Komische Oper for the second premiere. It went wonderfully. That evening I knew that this was what I wanted to do for as long as I could.

When I was in kindergarten, my parents played Puccini’s “Tosca” for me. In it and in “Madama Butterfly” there were two passages I always wanted to hear. One was when Tosca throws herself off the Castel Sant’Angelo after being deceived. And in “Madama Butterfly”, when the cannon in the harbour announces Pinkerton’s arrival. I don’t know why that was – one passage is sad, the other hopeful, but both made a big impression on me. That’s how I first started playing the violin.

That was one of my first concerts, when the Konzerthausorchester was still called the Berliner Sinfonie-Orchester. We played Stravinsky’s “Sacre” under Igor Markevitch. I was playing the tam-tam, and what can I say – I just played badly. It cost me two sleepless nights and two bottles of red wine (Klostergeflüster), but then things were okay again.